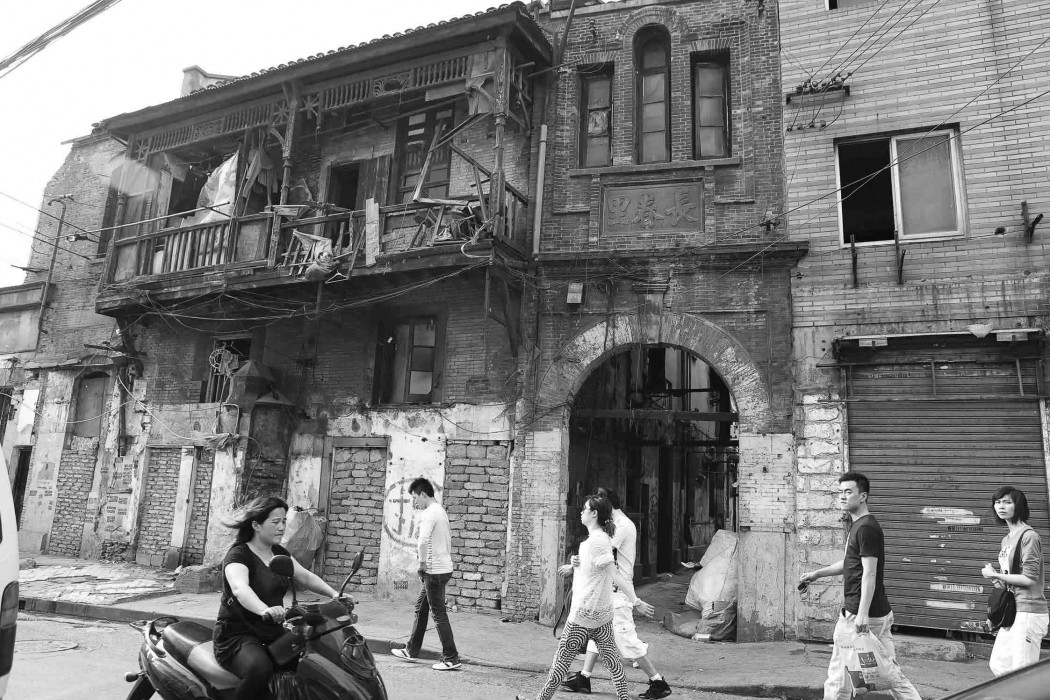 One is the entrance of Changchun “Long Spring” Lane (长春里), a crumbling longtang marked by the ubiquitous brick archway under the lane’s name chiseled in stone. It had a very auspicious address: 858 in Chinese is “ba wu ba” but can sound like “fa wo fa” (发我发) as in “prosper I prosper”.

Ironically, the fortunes of the lane had been less so. Residents in the front section of the longtang have moved out after negotiating their compensations, turning the main alleyway into a repository for rotting trash and festering vermin. Meanwhile, the once-lovely balcony overlooking the street was being slowly eaten away by termites and humidity.

The back portion of the longtang was still intact with a few families but slowly emptying out, evidenced by the bricked-up shikumens. Fenced in by wide asphalt roads and office warehouses, the fate of 858 Tanggu Lu was likely going to be that of the latter.

Down the road stood a handsome bungalow with Roman columns supporting a large balcony. It was sandwiched by two large wings of the house with bay windows and frames lined with small eyelet carvings.

An elderly woman was sitting in the walkway eyeing me as I climbed an outdoor stairwell that was built to accommodate families on the second floor. What was once the home of a rich merchant family before the Communists took over, had changed into a crowded apartment for at least 10 families.

She later smiled and told me that the house received many curious visitors, the day before was a group of Tongji University architecture students taking copious notes and photographs.

I asked her if she knew how the neighborhood was going to turn out but the old lady shrugged. Just like the high walls surrounding the house, she was guarded about what to share with strangers. Given the inevitable fate of her neighbors and the commercial chaos that maps its surroundings, the families are no doubt in negotiations for 动迁 (dongqian) whereby the government takes back the property for redevelopment upon an agreed compensation value.

Standing along this sliver of Tanggu Lu, I watched vendors hustle back and forth, unloading and repacking wares. The Qipu Lu area has traditionally been a major hub of commercial activity. Before it became the behemoth of wholesale trading of fabric and tinsle, Qipu Lu was a hub for tea trading as early as the 1920s. Tea houses represented from the best tea growing plantations across China gathered to trade tea and its location by Suzhou Creek and Huangpu River made export an importance aspect of their business.

That afternoon, I watched a woman zoom by on an electric bicycle, precariously balancing her child and two mannequins. I mused at how the frenzy of activity ignored that stateliness of the two residences, one falling to the wayside, the other still standing strong.

* to be precise, it is located between Fujian North Road (福建北路) and Shanxi North Road (山西北路). 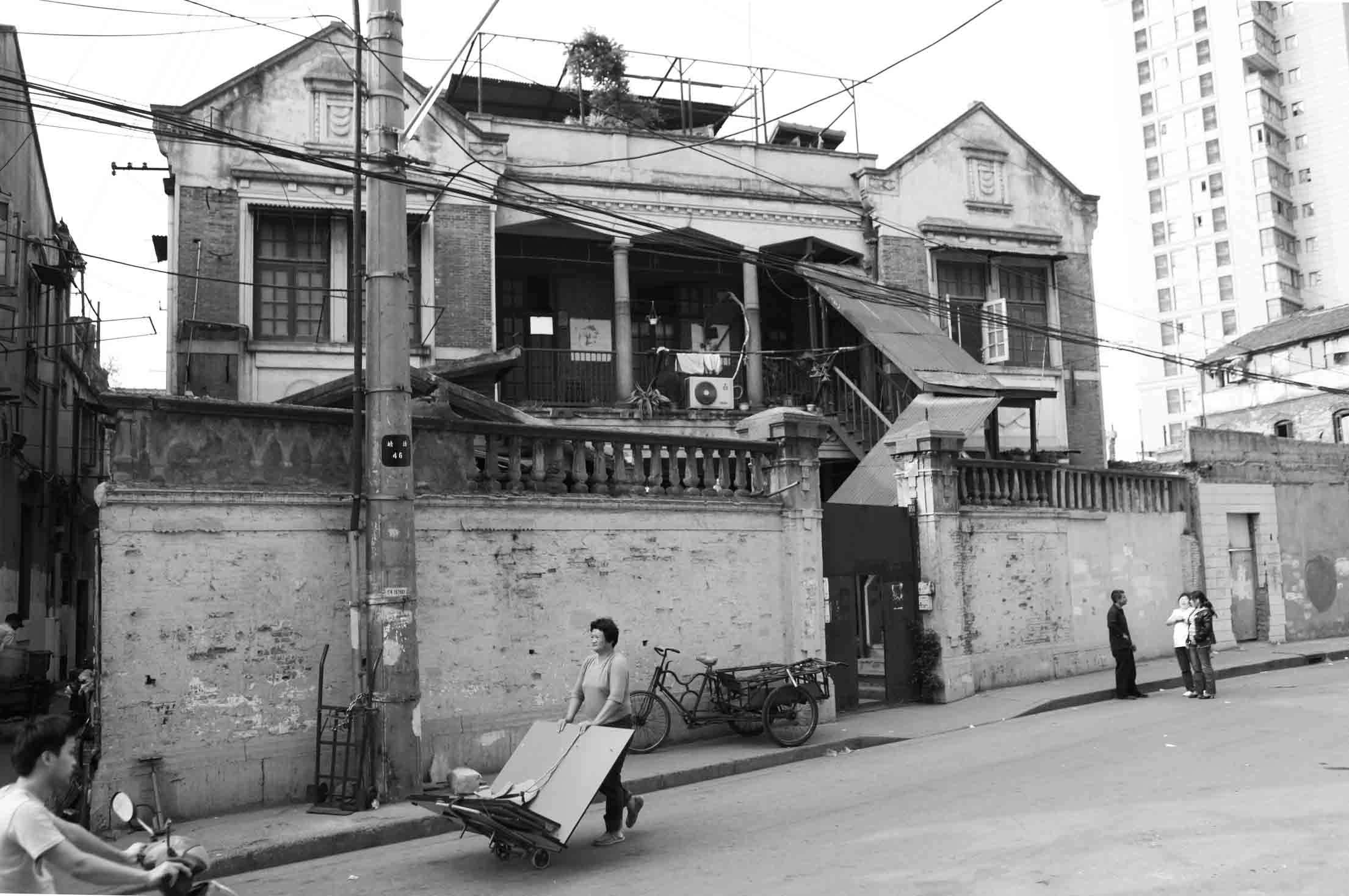 I bought a shaobing from this young man, piping hot from the cylinder drum which he baked them in. You could see the wafts of aromatic smoke trailing…