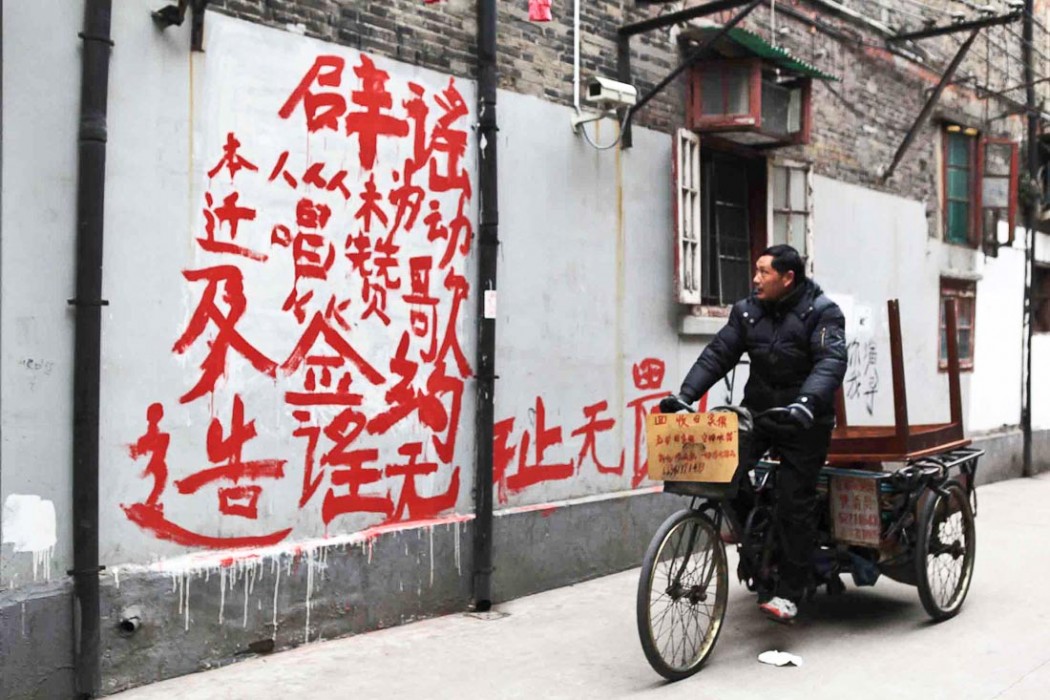 When someone writes anything ugly or inflammatory on public walls, it doesn’t take long for the authorities or the local committee to come along with a paintbrush to destroy all evidence.

Hastily scribbled words in old neighborhoods often allude to 动迁 (dong qian), the process of being moved out of your homes so the plot of land can be redeveloped. As far as I’ve seen, they are rarely overtly political but often a rebuke of society’s widening gap or the sorry state of the common folk.

In the above case, the screaming loud and red pronouncements remained on the walll for the two weeks I’ve been there. It didn’t make much sense, being along the lines of “Rumours of 动迁 are untrue!” Either that, I’m missing some play on words (characters that sound like the more ‘sensitive’ word) that seems more subversive than it looks.

I guess we’ll see how long that lasts. It’d take a mighty big can of white paint to wipe that out.

席子 (Xi Zi) is part of a group of local photographers actively documenting the fast disappearing neighborhoods of Shanghai. Widely published in China, he is familiar with almost every…