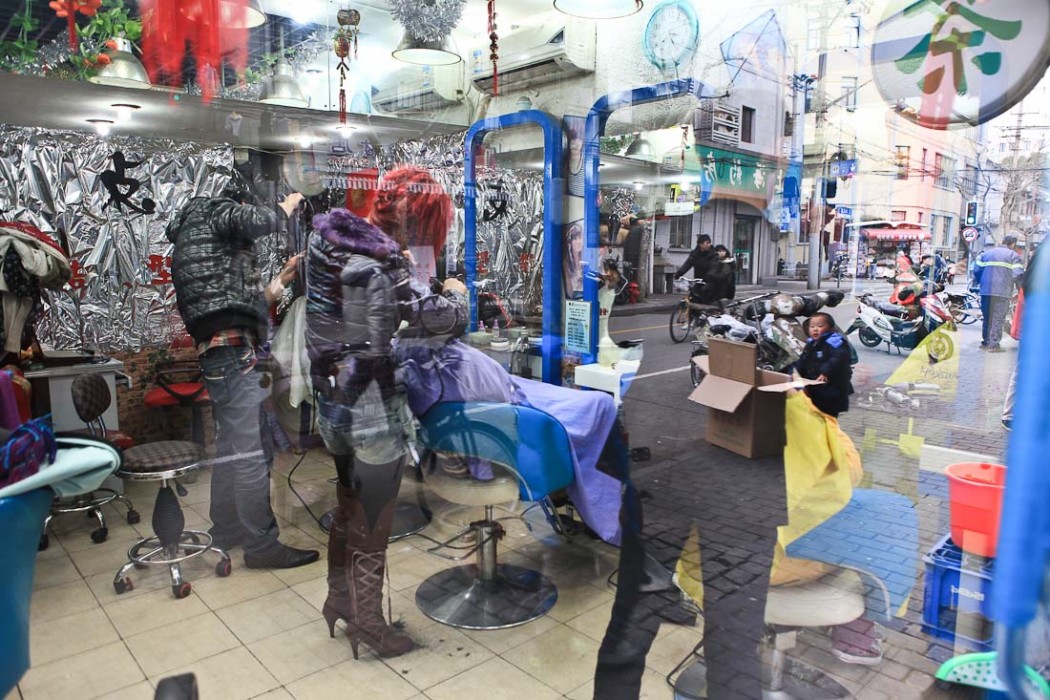 I thought this perfectly captured how it is like to peer into the lives of others on a cold and windy day. In this case, the lives of the many dealing with the obligatory hair cut, perm or dye job.

With modernization comes varying and evolving tastes. In an old neighborhood, trendy hair salons are manned by young folk in sassy clothes and colored hair, revved to offer you the hairstyle of their pop idol. The interiors are fussy with large mirrors, posters and cluttered with electronic paraphernalia for the latest hair technology the salon could afford.

In contrast, the hairdresser of yesteryear which has occupied the same corner for the last decade is austere in interior design, sparse with slim mirrors and basic accoutrements of shaving brush, rasors and some basic toiletries.

On a separate note, I’ve never thought much about reflective shots with double-exposure effect untill I saw the work of Dougie Wallace, whose reflective work has been crafted like art. Inspiring stuff to remind you to push yourself to seek new perspectives on the mundane