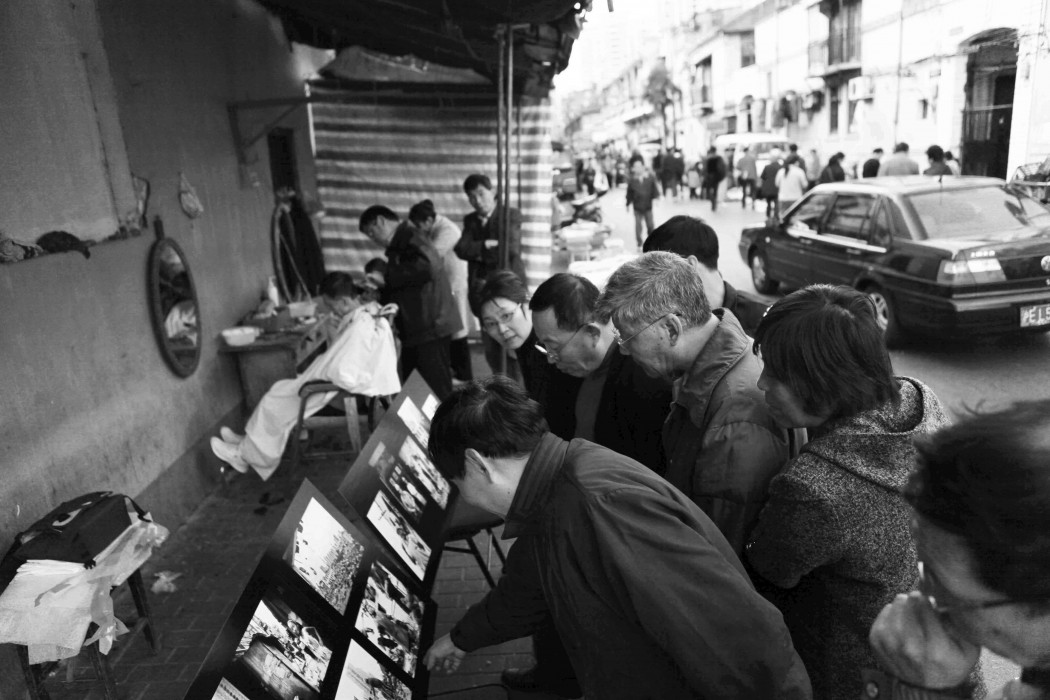 It has been more than a month and a half since I embarked on what I have titled Shanghai Street Stories: The Roving Exhibit.

I have refrained from writing about the project, mainly because I needed to do a bit more legwork so as to thread together more coherent observations. So far, so good. But I am eager to introduce the project, the motivation behind it and logistics of the exhibit, which has been half the fun.

What the Roving Exhibit is about

The idea of a portable photo exhibit to showcase specifically in Shanghai’s old neighborhoods had been percolating in my head for over six months. The more I explored and photographed the lives and environs of Shanghai’s disappearing neighborhoods, the less I felt I knew.

Of all the people who had viewed and commented on the documentary work undertaken by my peers of Old Shanghai (you can learn more about them here), I was most curious about the opinions of the people we photographed.

The hope is that the photos will elicit a variety of responses (or lack thereof) and maybe go as far as to initiate casual conversations among residents on the spot. In the time that I have blogged and published Shanghai Street Stories, I have received constructive critiques about my photography – the textures, composition, style and subjects etc.

But for this travelling exhibit, what is it that the residents will notice most? The people? The buildings?  The style of photography? Will they recognize the neighbourhoods? How do they feel about it – nothing or everything? 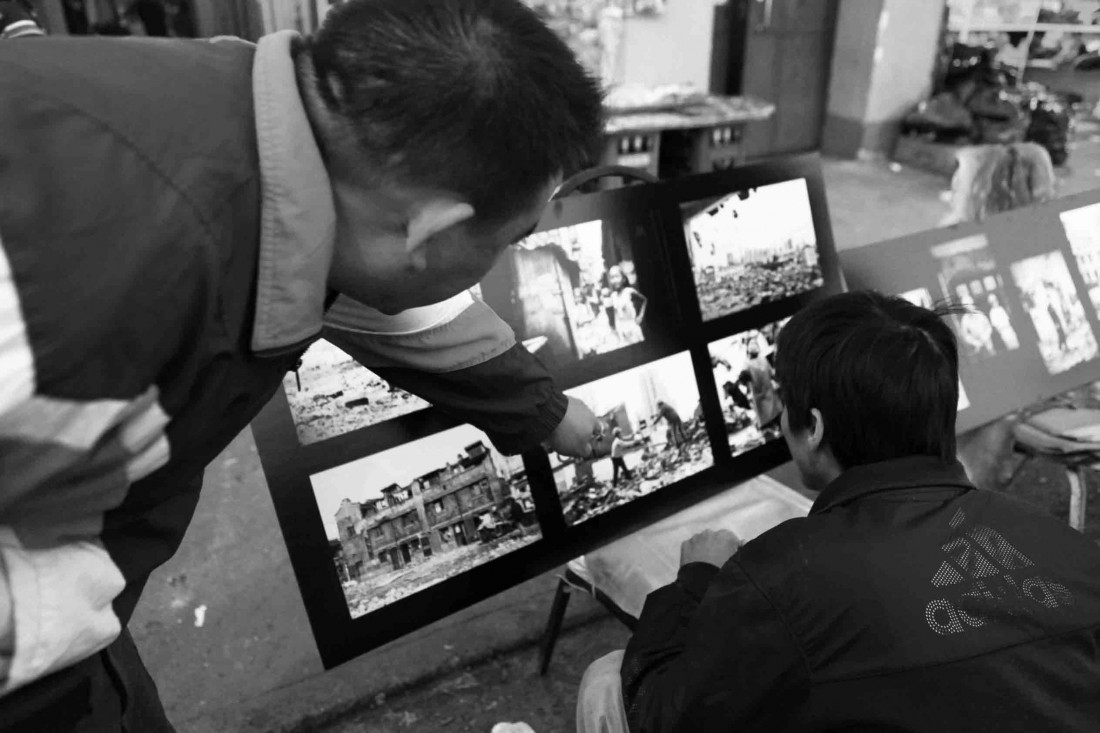 How the exhibit came about

I was first inspired by a similar street exhibit started by Akshay Mahajan and Kapil Das, also behind the photo commune Blind Boys.org. They rallied photographers to post and share their work on public walls in major cities across India, including Mumbai, New Delhi and Bangalore.

Calling it “A Photographic Street Intervention”, the instructions were simple: gather at the announced location with your photos and double-sided tape and plaster away. The idea of “guerilla exhibition” is not new of course, but this particular movement has since evolved across borders from the Philippines to Paris.

I love the spontaneity and accessibility involved – bringing street photography to the street! However, I didn’t want the hassle of posting photos on public walls, disturbing someone’s property or worse, having them inevitably ripped down by the police. I wanted an enduring exhibit that could last for months. More importantly, I wanted to travel with my photos on my own time and schedule. 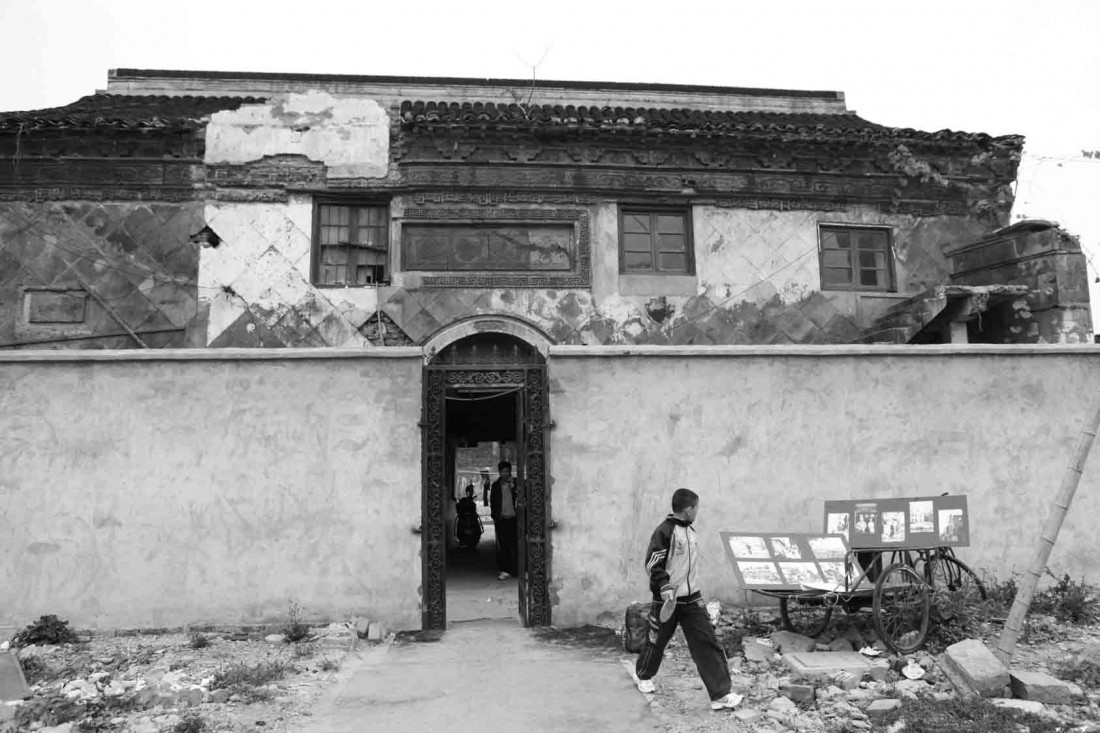 Logistics, the photo board and logistics …

I had contemplated several options. Plaster the photos to a foldable sheet of tarpaulin that I can carry around in a grocery bag. But that meant I had to find hooks to secure the tarpaulin sheet wherever I set up. Too bothersome.

While glancing through a Chinese photography magazine, I came across a team of young photographers in Guangzhou who had travelled in the city’s metros carrying photo boards as part of a travelling exhibit. I was immediately struck by its simplicity and mobility.

Finally, I modified the idea of having the photos printed directly on the board itself for easy carrying. Logistics wise, it has worked out. The board is a tad big for my small frame, but still manageable. 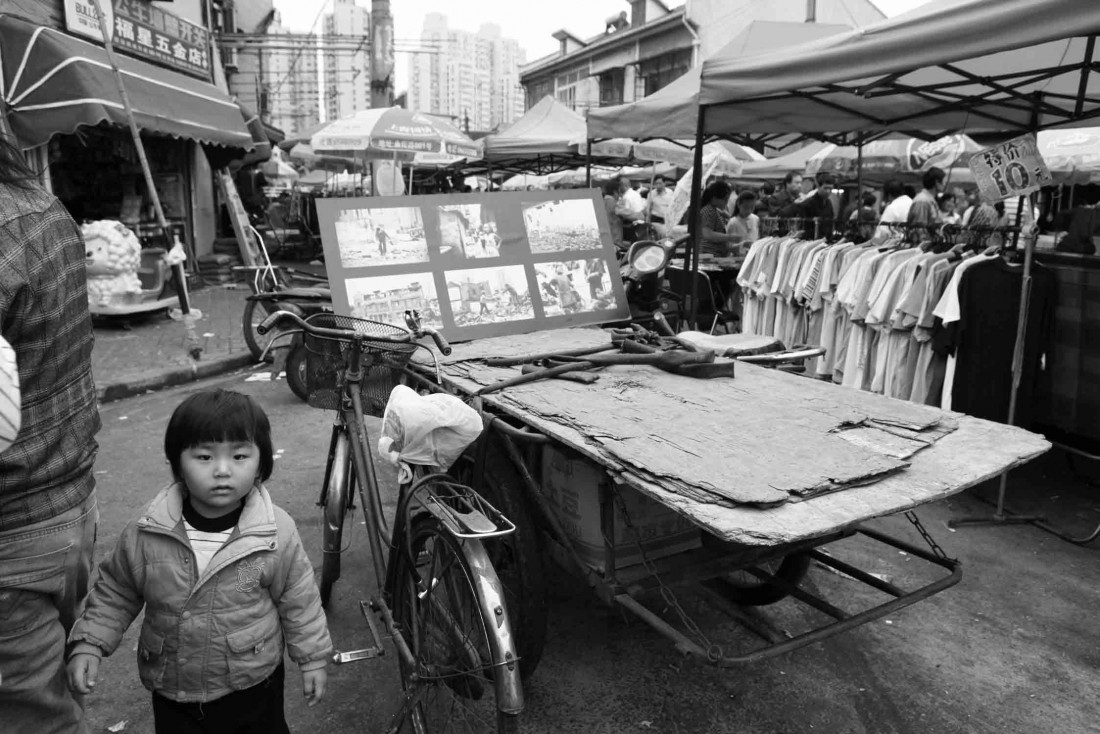 I’ve placed them on rickety chairs that I borrowed from anyone who will lend me, rested them against walls and even just flat on the floor. They’ve been available on sidewalks, in open-spaced shops and even in a make-shift parking lot.

The reactions on the other hand, have been a combination of the cliché and the unexpected. I look forward to sharing more next time. 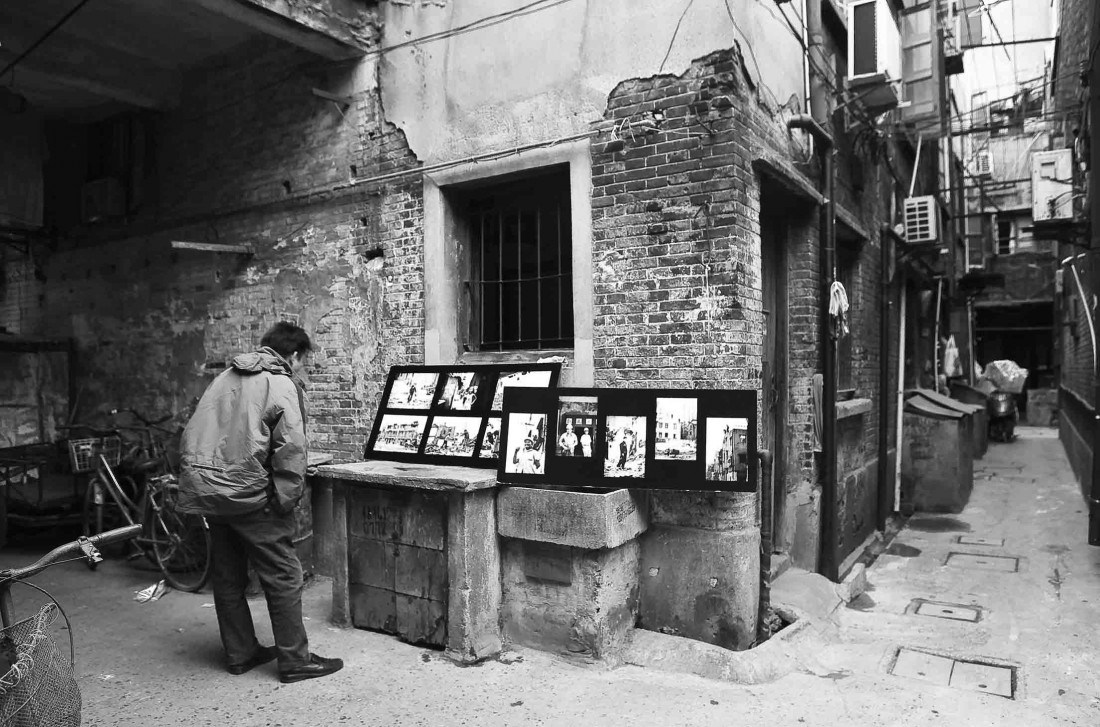 Note: You can now view all posts related to The Roving Exhibit here.

My favorite Shanghai moments for Vogue

“I’m in Vogue.” Words I never thought I’d utter. I was recently approached by Vogue.de to contribute to a special feature on Shanghai, much like they had done for London,…