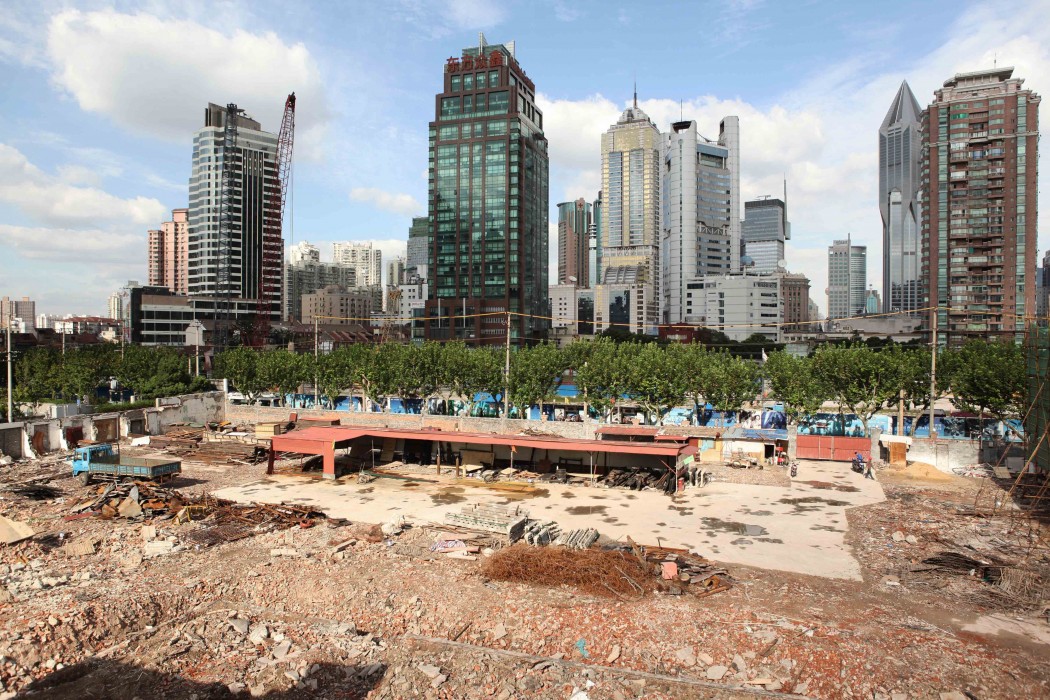 I was standing on a rooftop of an old building, now inhabited mostly by construction workers who have successfully flattened a large block of old villas along Shimen Yi Lu (石门一路) between Weihai Lu Lu (威海路) and Wujiang Lu (武江路).

It was brilliant weather. Summer is now behind us and we are in the early days of fall, basking in a cool breeze, brilliant blue skies and the urge to walk for miles and miles.

Instead, my friend and I were staring at an abyss of brick and concrete. It was a gaping hole from a bird’s eye view, but from the street level, it all but disappeared behind barricades plastered with cheery posters for the Shanghai Expo.

“This block used to be a collection of old villas, one more beautiful than the next. You didn’t think that they would actually tear them down,” he said. We shot a few rounds, saying little else.

To the right (not in the photo), I saw a building about 5 storeys high, engulfed in scaffolding. I saw a dome-like pavillion peeking out, as if struggling to break free of the netting.

“That villa had gorgeous colored tinted windows and a beautiful balcony,” my friend pointed out. He later sent me a series of photos he had taken of that villa last year (see here, here and here). From what I could make out from the photos, the design was indeed very unique.

How did I miss all of this? A cluster of beautiful buildings that had been so swiftly demolished, right smack in the middle of the city?

Then, I almost laughed at the thought. Who was I kidding? This was perfectly normal.

I clamboured down from the roofdeck, acknowledging two women who were sharing the roof with us. The older woman was knitting, the younger one making supper. I walked into someone’s underwear which was hung out to dry, and the young girl giggled.

My friend took one last look and murmured, “It would make a nice night portrait. I will come back later.” 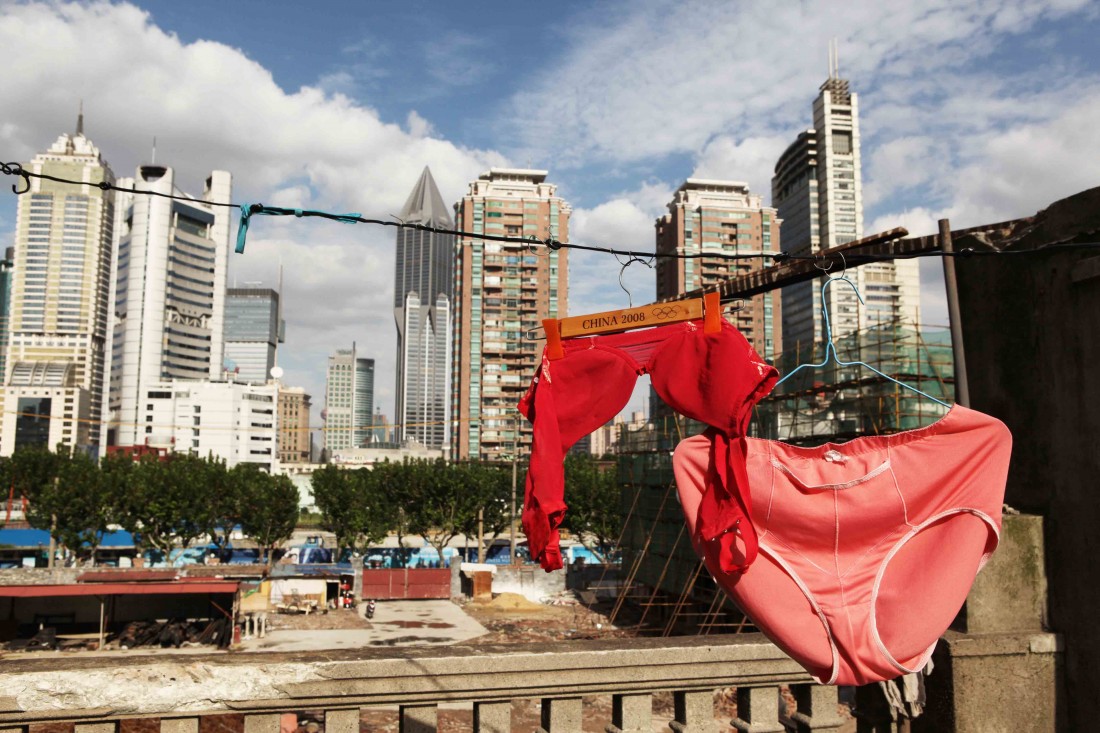 Behind the Camera: Katya Knyazeva on Documenting Old Town (老城厢)

Katya Knyazeva is a journalist, book designer and fine artist from Russia. Her illustrated books and graphic novel have been published in Korea, and a book about Shanghai’s…