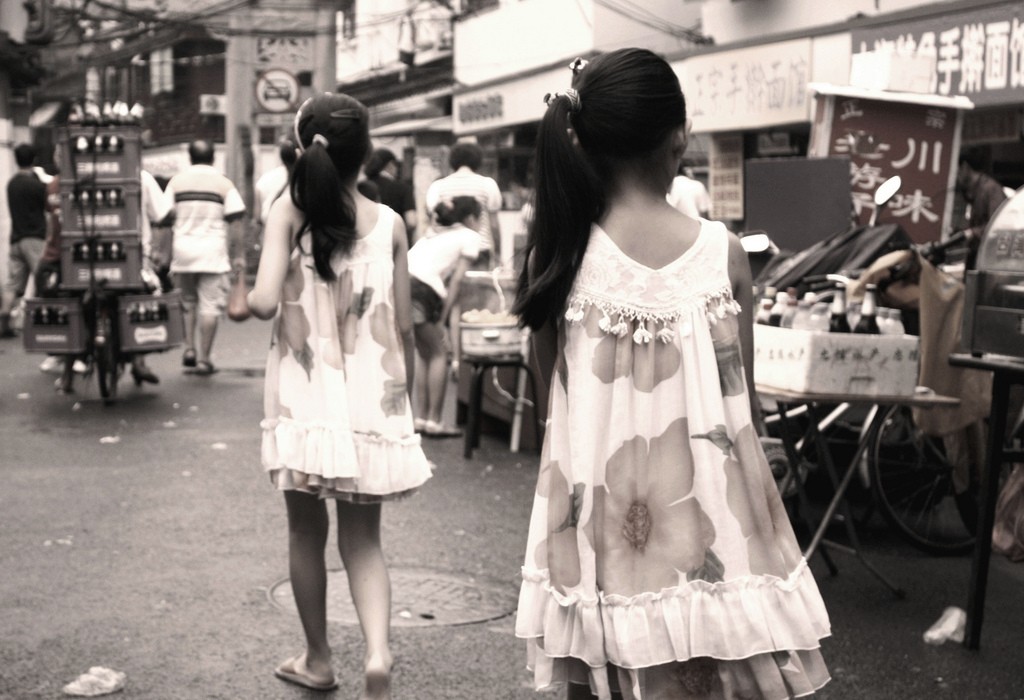 For a moment, I felt like Alice in Wonderland.

Trudging past food carts, fortune tellers and trinket hawkers along Fangbang Lu (方浜路), or Old Shanghai Street, I suddenly heard giggles and lyrical laughs. A blur of fabric rustled past me and the next thing I knew, two girls were skipping merrily ahead of me.

My first thought was that they were twins, only by the lazy observation that they wore the same dress and had ponytails hanging askew.

There was something about them. In a sea of sweaty activity where clashing smells of putrid grease and soy sauce engulfed shuffling crowds, the two girls were like dandelions whipping through the wind.

And for no reason, I was compelled to follow.

The two girls made a sharp right into a longtang or alley, one I had not seen before. To my surprise, it was quaintly cobbled. Several paces later, the racket of the main street melted behind me.

The two girls were brisk walking now, one ahead of the other. One turned and yelled at the other to hurry. That’s when I realized they weren’t twins but sisters – one young and cherubic and the other more genteel looking.

A left turn later, I landed in a fork of a path, and suddenly, the dandelions were gone, save for two old ladies quietly fanning themselves in the shade.

Conversations: Non Arkaraprasertkul on an anthropologist’s life in a lilong

Trained as an architect, urban designer, historian and ethnographic filmmaker, Non Arkaraprasertkul is a PhD Candidate in Anthropology at Harvard, and is currently conducting field research in Shanghai. For…