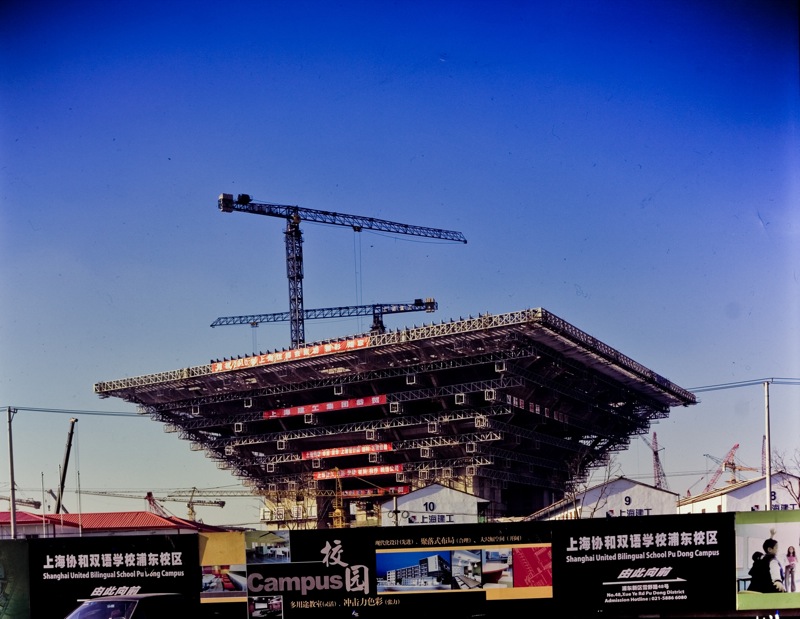 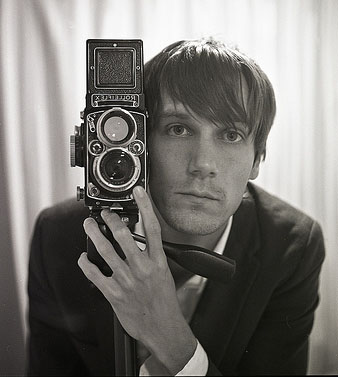 Tim Franco is a Franco-Polish photographer based in Shanghai, working mainly with analog film cameras, particularly on large formats. Among his projects is a comprehensive depiction of the growth of the alternative music scene in China, resulting in “Shanghai Soundbites”, published in 2008. He is also well known for his architectural photography, ranging from his stunning capture of the Shanghai Expo-related Pavilions to his portrayal of Shanghai’s cityscape and skyline that are brought to life through his medium of choice and individual perspective.

SA: Tell us a bit about the person behind the (multiple) cameras you own. How long have you been in Shanghai and where and when did your love for photography come about?

TF: I have been in Shanghai for a bit more than 5 years, working and studying. I am now doing both photography, mainly documentary focused, and I also do some business where I sell equipment for remote sites around the world. The second part allows me to have a steady income and to travel a lot. I recently work quite a bit with Le Monde (France’s national newspaper) on various documentary as well as editorial (work). My passion for photography comes from my mom who is an artist based in Paris. 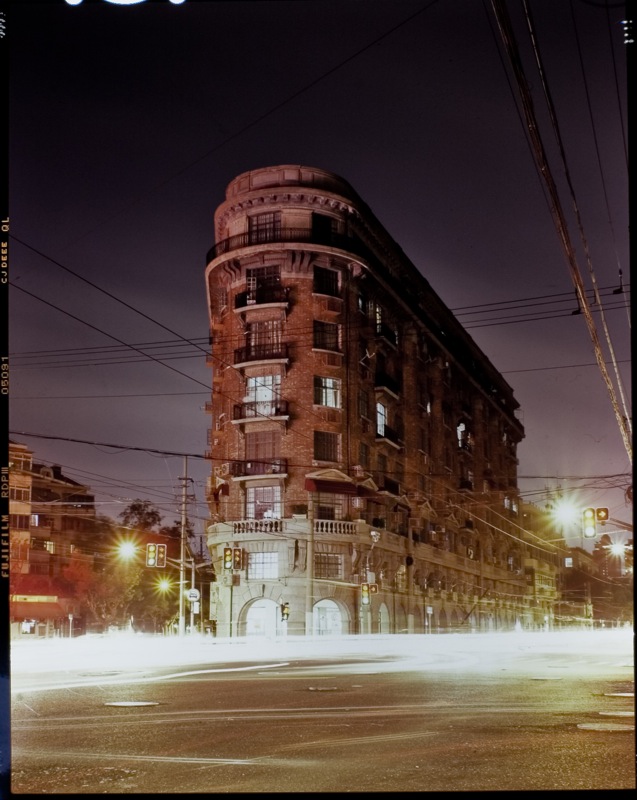 SA: Your work has a strong focus on architectural photography (especially since you shoot for ARCAID, a leading global image resource for all aspects of architecture, interiors and design). What aspects of Shanghai’s urban landscape appeal most to you that may be different from any other city?

TF: I would not say that doing architectural photography is what I love best, but living in China and especially Shanghai, it is what came the most naturally. New and old buildings amaze me and every time I see them, I am trying to think how I would capture them the best way even if I won’t photograph them.

What I love about Shanghai is its capacity to reinvent itself and the way it deals with its fast development. But I hope that with the new coming generation, people will learn to use the old to build the new instead of destroying the old for reconstructing a fake one. I recently went to the opening of a new hotel in the south bund which is build from an old warehouse with a very rough feeling to it… I was really surprised, in a good way, to see this kind of place opening and I think this is what I love about urban practices in shanghai, they are full of surprises. I am also very interested into following the social impact that is provoked by the urban transition in the city. No other place has seen such rapid changes and its effect on people is quite interesting to follow.

SA: Anyone who has seen your work can attest to the breadth of experimentation you’ve undertaken with your photography.

i) Focusing on your architectural work, please pick a favorite photos from your 4×5 Urban Shanghai series, that you think best represent your work and Shanghai’s landscape. Tell us about this series.

TF: Like you mentioned, I think it s essential to use 4×5 or 8×10 format to shoot any urban landscapes, the depth, details and shapes are much more visible and you can really travel inside the photo. It does not really matter what camera you use, as long as you can fit a 4×5 back in the back and a lens in the front. It is just when you need to get more specific, you might need cameras that allow you a lot of shifting movement to be able to capture every angle you want. I recently worked with a Chinese made Shenhao (申豪) because it is cheap, light and allows me quite a lot of movement. But it has its drawbacks when you work on extremely wide angles. The best urban shots are taken at golden hour or sunrise, they are the only moments of the day where all the lights are even, when you get a beautiful dark sky, the lights from the street and the building and when you can see all the details inside the buildings. But I also love shooting late at night with very long exposure times (like the Jinmao Tower shot – 40 mins exposure) when all the main city lights are off, crazy colors come out of the darkness. 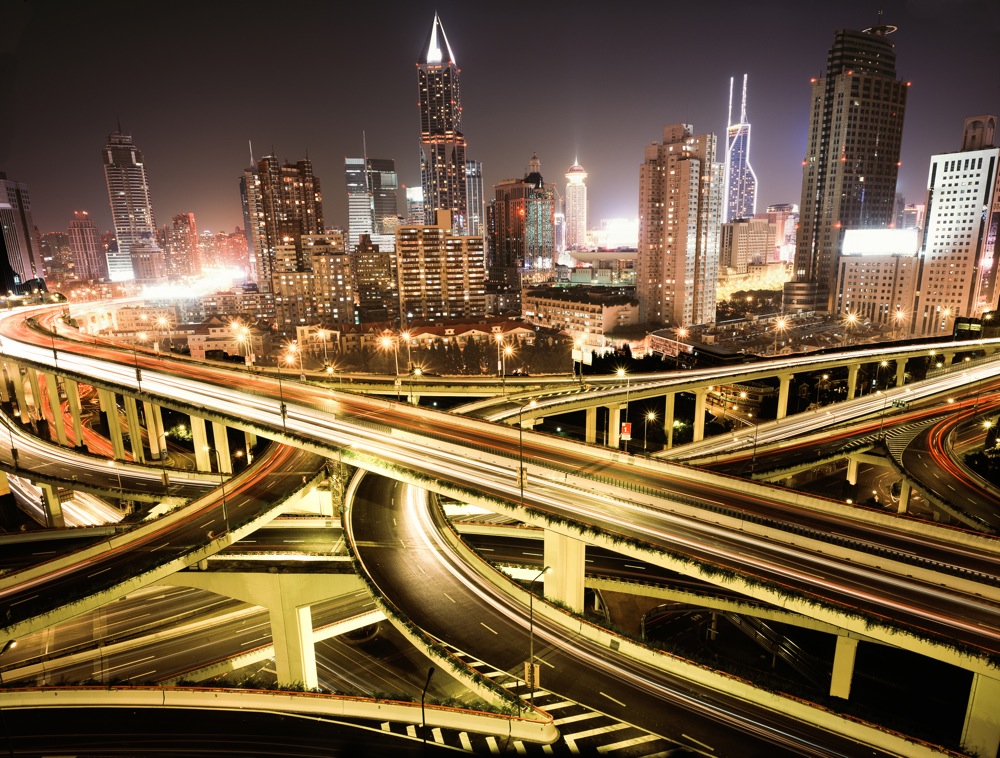 ii) Next is your Urban Excess series using BW pinhole photography. Take us through your choice of equipment, process and the resulting images.

TF: I started this Urban Excess series because I was willing to do a very aesthetic urban series. Some urban photos can be considered a bit boring. Yes, this is just a building… but by choosing to use different materials such as pinhole and black and white, I was able to capture some urban landscapes with an extra wide angle, almost 180 degrees without any curve deformation. By using black and white, my goal is insist on the “unrealness” of the photo. I really hope I can capture the excess of shanghai urban landscape with an esthetic approach. I worked here with a wooden 4×5 box pinhole, the pinhole is equivalent to F138 so exposure time are quite long and you have to calculate it quite precisely with some tables. But the result is quite nice. 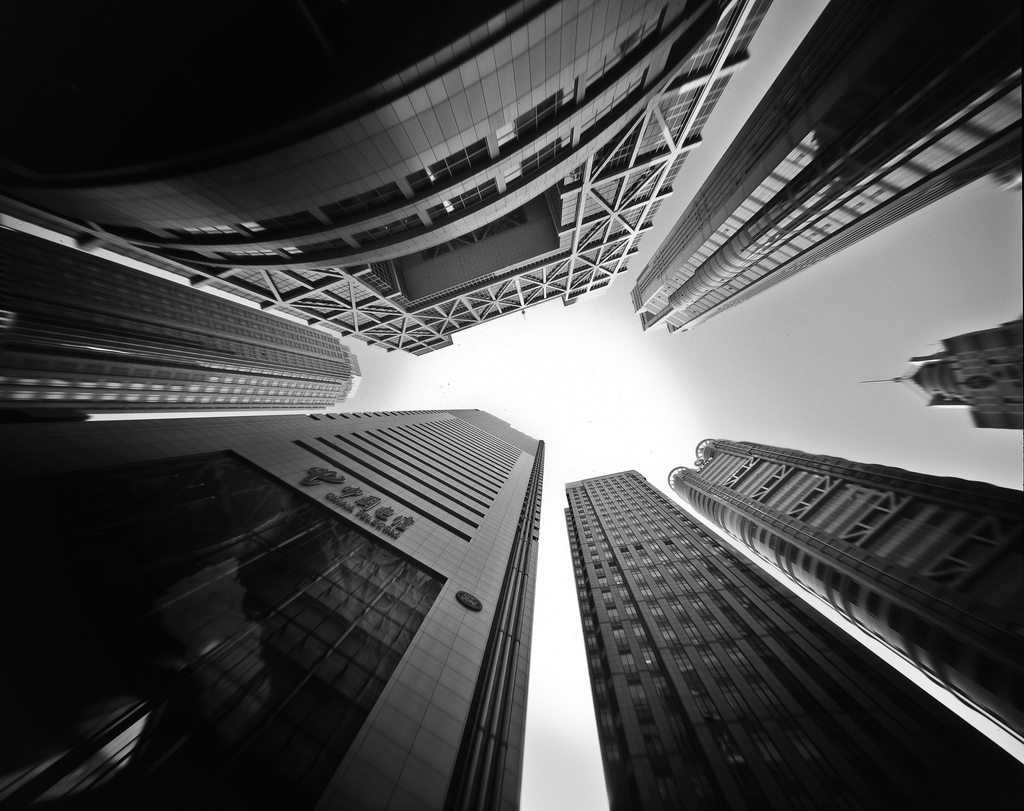 SA: You run the monthly Shanghai Photographer’s Night at Dada Bar, can you tell us your motivation behind it and what you hope to achieve with its steady success?

TF: The photography night is a real nice opportunity for any photographer who wants to share their personal series with photography lovers, it came quite naturally when proposed by Michael Olsonne , the owner of Dada Bar and we are trying to get more and more photographers involved. It’s been a lot of work and hard to keep it up. I certainly hope more young local photographer could send me their work.

While I am not one for following major scrap stories like some folks, it is nevertheless amusing to hear the backstories of what, why and how involving “DIY…