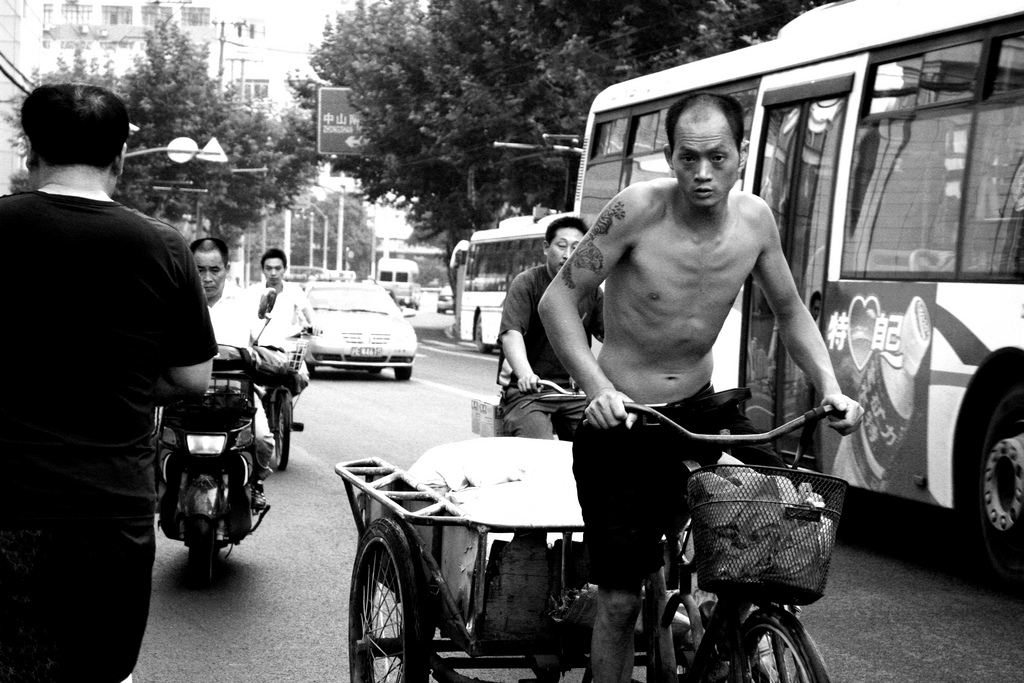 He had a hard look, the kind that resented people on sight which was only sharpened by his menacing tattoo.

He appeared as if he had the world on his shoulders and carried fatigue like any other hot and bothered day-worker, with the heavy eyebags to prove it.

I was in his way, standing in the middle of the road taking a photo. Bracing myself for a barking, the corner of my lips lifted for a brief moment in apology.

Then, his eyes dropped to the floor, and he heaved just a little harder on his pedals.

No longer was he the muscular and tattooed day-worker, but just a tired man on his way to another delivery.

“The only thing better than singing is more singing.” ~ Ella Fitzgerald One of the best ways to experience the city is to immerse yourself in the many…