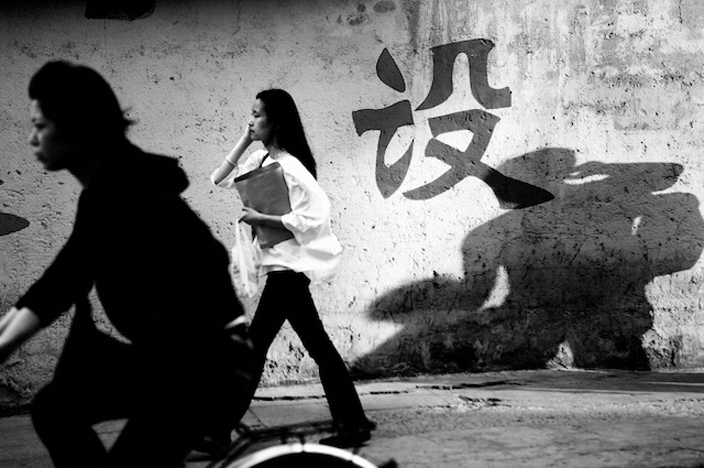 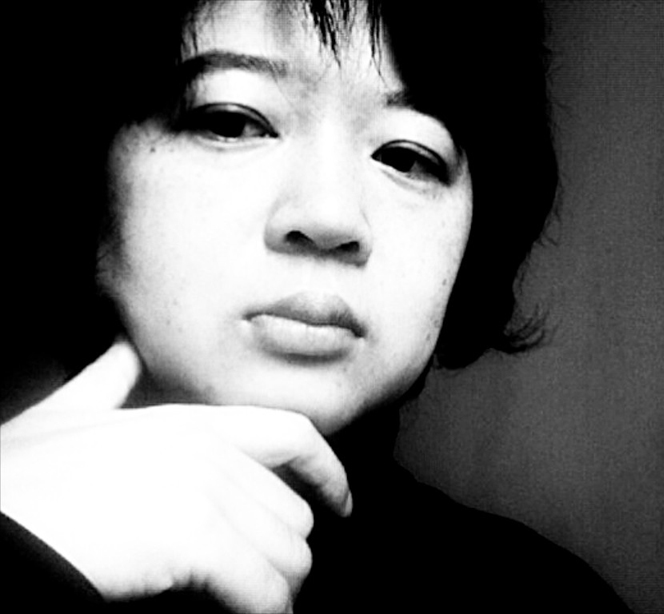 SA: Tell us more about yourself and your work. How and when did you pick up the camera?

I started street photography four years ago when I was living in San Francisco. I did not have much money to invest in photography equipment, or do much travelling, so my subjects were San Francisco’s streets and its people. I documented people and things that interested me.

Unlike other forms of photography, you don’t need expensive equipment for street photography – I still use the same equipment and basic lenses. I believe that photos must have a narrative element to draw people so I have yet to change my set up. What fascinate me about street photography are the narrative and humanistic elements, and its sudden and unexpected nature. This is why street photographs have to spend a lot of time and have patience to capture that “decisive moment”.

SA: What is it like to shoot in the streets in Shanghai?

I prefer documenting old longtangs and streets because the Shanghainese living there still maintain a decades-old lifestyle, the personal relationships and interaction in a dense space, and hence the neighbors are very close.  This helps me to photograph many things in their natural setting. But at the same time, because I have to repeatedly pass through the same location, many people tend to accost me and ask me why I’m shooting this (old neighborhood) and not the tall buildings.

I feel that I have the ability to come closer to these people in Shanghai’s streets whereas in the US and Europe, people’s proximity in the streets is a bit more scattered. Also, people there are in more of a hurry and very sensitive to strangers photographing them. So it’s a bit more challenging to achieve works of close proximity. Of course, New York is an exception. There, people are in a greater hurry but you can capture the moments in close range. At the moment, Shanghai is undergoing a period of change so there are many unique stories of people (to tell). The streets here may not be as clean as abroad but you can capture those individual moments in their most natural setting. 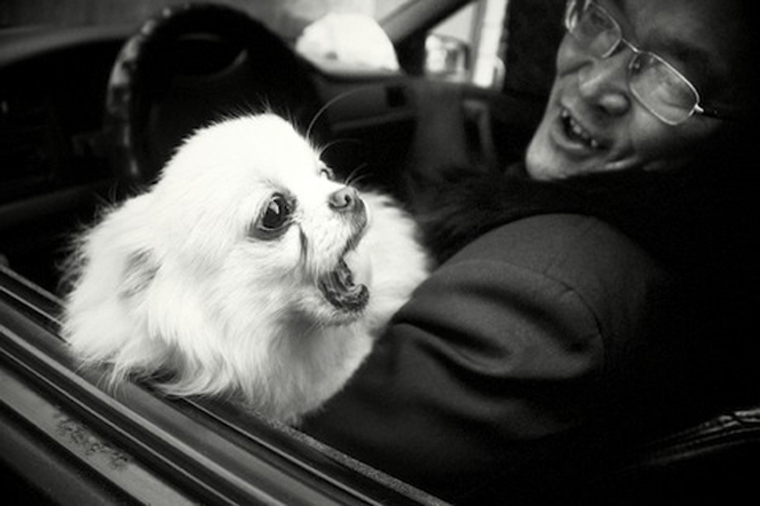 I like dogs so photographing dogs is a focus of mine. Otherwise, I pay particular attention to the environment, and what people do in specific environments, and how they go about it. I think the fundamentals of photography are observation and patience. Sometimes, I would first notice the wider environ then I wait patiently for interesting individuals to appear. I also revisit the same place to look for new and meaningful moments.

SA: Do you have a favorite time and/or place in Shanghai to shoot?

I normally shoot in the afternoon, not because of any preference. When I am on magazine assignments shoots in Shanghai and have a spare moment, I like to do some personal street work. Now that I am in Germany, I do the same thing. I rarely shoot at night because my camera’s ISO is not very good. (In Shanghai), I prefer shooting near Chenghuang Temple (城隍庙) (which is in Old Town (老城厢)) and along Suzhou River (苏州河). I’ve also been to the Hongkou (虹口) area because many old houses there have yet to be demolished.

SA: Can you share with us a favorite photo and talk about it?

Each photo to me is a moment in time and sometimes an encounter. Till now, each photograph is a beautiful memory. I’ll pick one photograph.

This is a photo of four little children who live near Old Town. Each time I pass by there, they were always playing the game of Good Guys vs. Bad guys or play-fighting. They live in the old-style longtangs, so when they play, they play together as a group, which is similar to the way I grew up. That day, they did not play together, possibly because surrounding neighbors found them too noisy. So the few of them stood on a 3-wheeled cart, each playing their own game. I’ve seen them many times before so I asked if they were play-fighting today. They said no and went about playing by themselves. This is the moment I captured. Four kids playing different games. I took this photo 2 years ago. 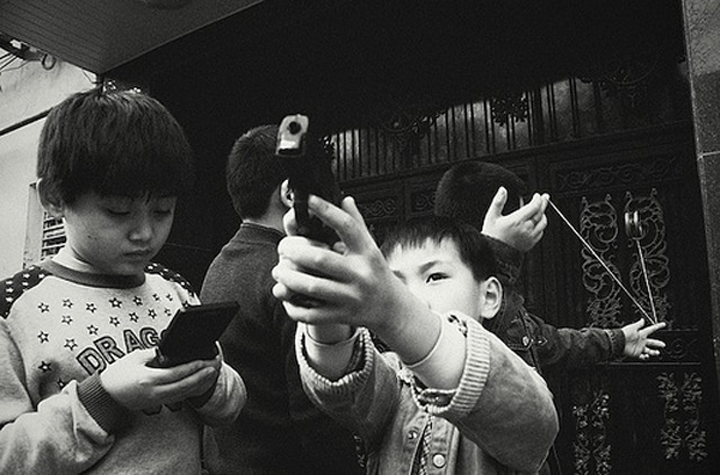 SA: Do you feel Shanghai’s rapid change as a city affects what you shoot in the street?

The places that I shot earliest in the three years that I’ve been shooting, have been demolished. Many people that I had photographed have also moved away. Hence, I feel the greater need to document. I’ve photographed a lot and there are more photos that I have not processed. But when I look at them, it brings back many memories.

SA: What are your preferences: Film or digital? Zoom or prime lenses?

I think in terms of the quality of a photo, film is much better than digital and film processing is highly adaptable. But the cost of shooting film now is expensive. I studied photography in San Francisco using film and developed my film in darkrooms. However, to have your own darkroom to safely develop photos can be expensive. For me, it’s impossible to shoot film. So four years ago, I decided to go digital. The quality is lower than film but I can shoot more and not worry about expenses. I think the reason why so many photographers shoot digital is for that economic reason.

As I have said before, if not for economic reasons, I would use my F2.8 Nikon lens because the shutter speed is much faster than my current lens, and it has strong clarity. However, I feel sometimes, you don’t need expensive cameras or lens to shoot well. The most important thing about photos is that when shooting people, it’s how you control the light, how patient you are in seeking that perfect moment and how to best capture a person. A good lens will help but the determining factor is the photographer him or herself. So even wit a point-and-shoot, treat it like your best friend, and understand its strengths and weaknesses, and shoot what matters to you. 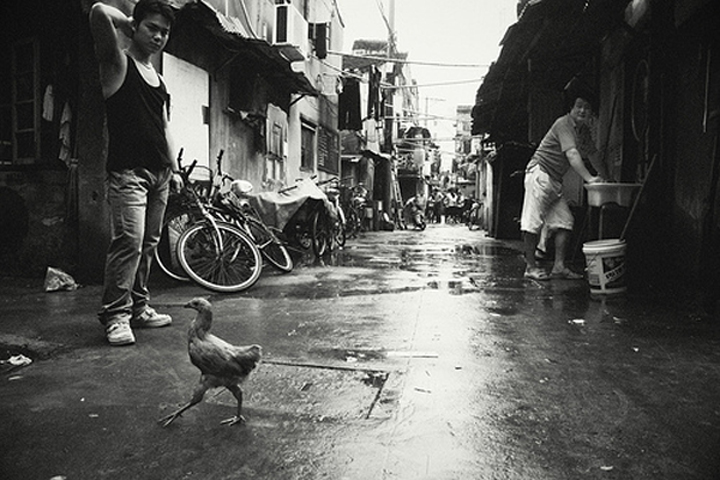 SA: What do you think about street photography and this specific genre of photography in China?

SA: Are there any photographers that have stood out or influenced your work? (if possible, can u name any local in addition to international photographers?)

Elliot Erwitt is my idol and I like his humorous style. His photographs of dogs have inspired me to create my own series on pets in Shanghai. (I also like) Moriyama Daito, Henri Cartier Bresson etc. I lean toward the traditional style of photography involving a human element, which is reflected in my street photography. More modern works by photographers Alex Webb and Trent Parke have helped me experiment different methods in shooting. I feel that photography requires constant experimentation and learning.

I continue with a review of my favorite (and yours, in some cases) photos from 2010. It’s always nice to look back at the style and subjects of…