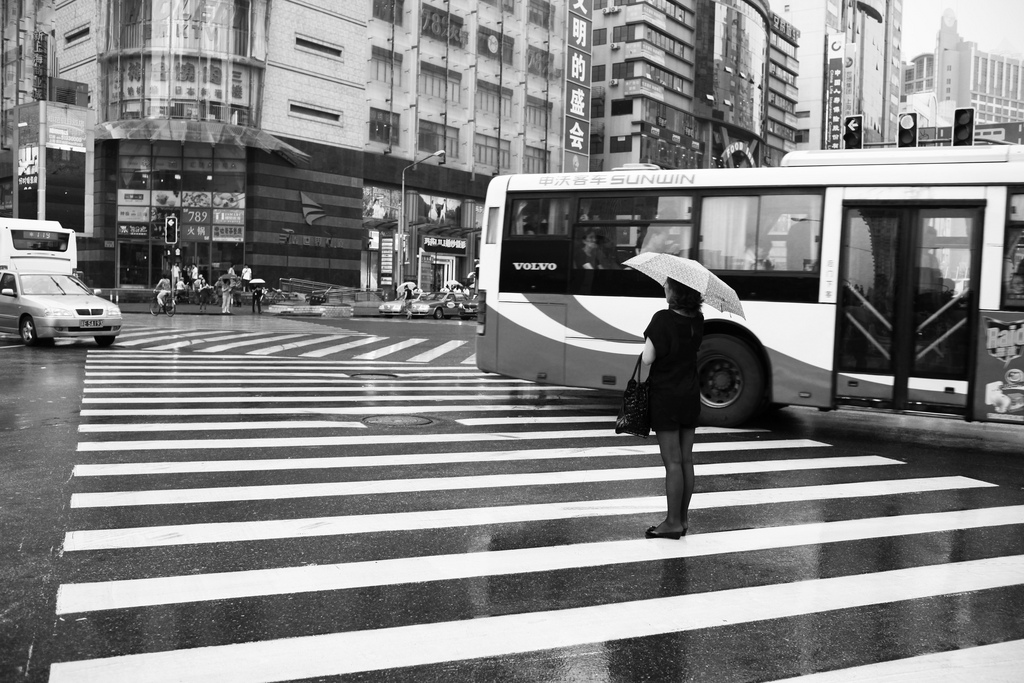 She was jaywalking in the huge intersection under the light patter of a persistent drizzle.

The traffic warden yelled out to her to return to the curb as the red man flashed, escalating with a stern tweet of her whistle.  Everyone else stood sullenly by the side, wishing they could do the same.

Ignoring everyone else, she perservered towards the the middle of the street as large buses and shiny cars rumbled by and honked around her.

Suddenly, I was in an episode of Seinfeld, watching George Costanza playing Frogger on the street.

The light changed and the masses began shuffling across just as she got to the other side.

The lady saved herself all but 30 seconds. Probably well-worth in her mind.

They had called for snow and rain, and by they, I mean the local weathermen with their annoying warnings of a cold front. By the time the sun…