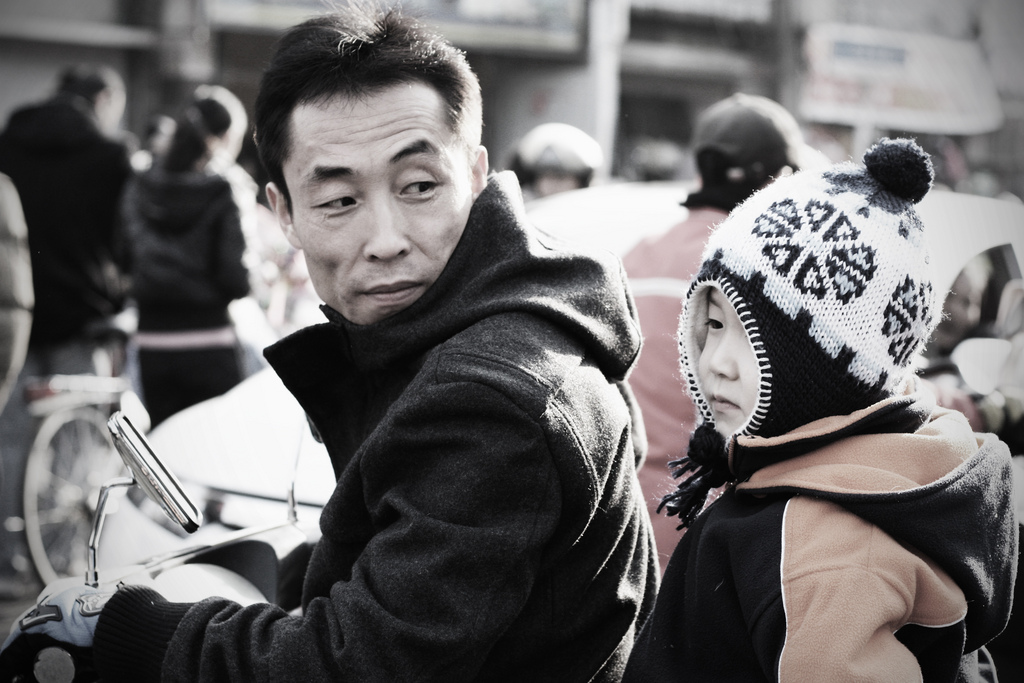 For a two-way street, Hongkou market is a smorgasbord of traffic. It is impossible to stand still in any part of the street without a car, bicycle or people bumping into you. Always look left and right before taking that next step.

You could be idly having a conversation with a friend on the street, and suddenly a big van would be beeping its way into the crowd, its side mirrors brushing against the back of your head.

The roast sweet potato seller would have to maneuver his entire operation to make way, losing bits of wood used to fire up his portable oven. He inevitably interrupts a father and son on a scooter coming in his direction, who then repeatedly blares his horn in the midst of a crowd to signal his presence.

Yet nobody was unfazed or angry for this was how one would move through a market. It was like a domino effect of human and vehicular contact, which would shift in the opposite direction in a few moments.

The noise, people and blur of activity blend into a symphony if you stand there along enough, that is if it was even possible.

Take me to the white elephant

The sun shone brilliantly albeit through a light haze. My objective that morning was to photograph a particular shikumen in Xiaonanmen (小南门). And Katya Knyazeva and Ishi Mak were…