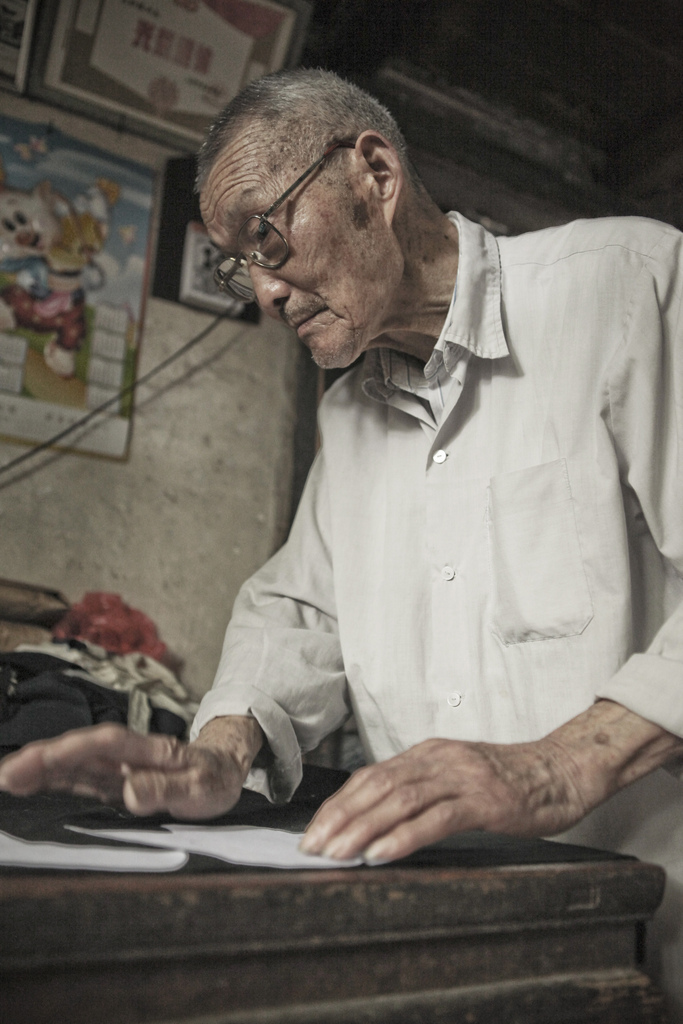 You don’t have to wander too far from Shanghai to find interesting small towns, that is, ones that have not converted into tourist villages of Disneyland proportions.

An hour-long bus ride from Longyang metro stop (龙阳地铁站) on Line 2, deep into Pudong (浦东), we found ourselves in the town of Dayuan (大团镇) in Nanhui (南汇).

Towns in China have developed with a banal similarity common in suburbia America. The same fading welcome signboards, the same layout of buildings, shops and houses populate next to the highway – all of it, engulfed in swirling road dust. There is nothing particularly outstanding about Dayuan town but there was plenty to explore once you push into the interior.

The dynamic of urban and suburban sprawl applies aptly when you compare metropolitan Shanghai and suburban towns like Dayuan. In the town’s older neighborhoods, you see a mix of elderly and children with a conspicuous absence of the robust working age group of 18 to 25. The young and mobile have migrated to the metropolitan cities in search of more interesting work and that bit of excitement.

The elderly living in Dayuan tend to have lived in Shanghai for a long time, some migrating from the city center to the outskirts. They while their time away playing cards or chess, drinking tea, cleaning and strolling on the grounds. They live modestly, sometimes growing their own food, diligently recycling what they can into an accoutrement of knick-knacks like dried leaves as broom bristles or using plastic bottles to store loose grain.

A 15 minute walk off the highway where we were dropped off, we found ourselves in a leafy lane hugged by old houses, new shop fronts and the occasional factory space.

In one of the small lanes, we found an old man making old-style cloth shoes in his living room. He measured pieces of paper on cloth, used glue of his own concoction – entirely organic – and glued the layers together and eventually sewed them by hand and machine. 88 years old, he lived in Shanghai his whole life. His living room was stacked high with rubber soles, scraps of cloth and paper. And while his movements were slow and deliberate, he was still alert and humorous, indulging us in great detail of his craft.

In another old-style Jiangnan (江南) house with curbed rooftips, which once served as a sock production unit decades ago, I found a husband and wife couple quietly snipping away stray threads off bags of socks. When asked if they were still in the business of producing socks, they laughed. No no, the wife said, we just get paid a bit of money to clean up loose ends and pack them before they get shipped out. Their relatives continue the socks production business but at a real factory.

As are most small towns, everyone is friendlier and warmer. Come sit down and have a cup of tea, indulge in a tale or two about the history of their lives or the town.  An old man sang and played his erhu (二胡) for us while another showed us his shockingly large collection of junk electronics harking back to the 60s.

There was no better way to spend the day, under leafy trees in the summer sun. And if you collect stories like me, be it large cities or small towns, the stories are always entertaining yet meaningful.

Jie Li’s book Shanghai Homes has been 10 years in the making. Combining memoirs and analysis of communal hardship and familial secrets, the book focuses on the lives of…