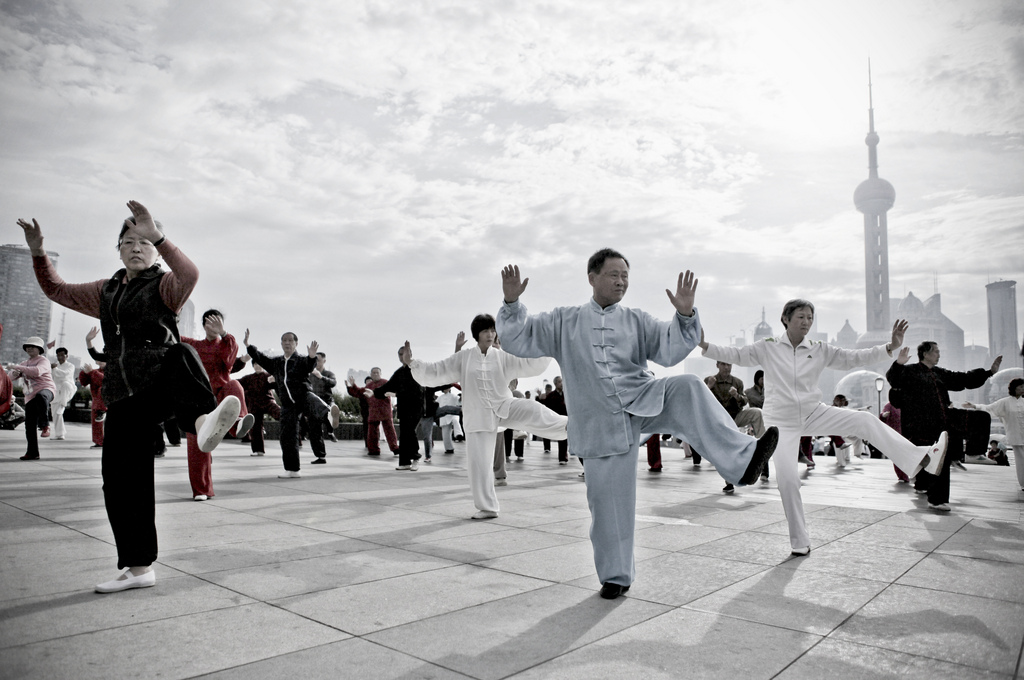 It was one of those moments that occur to the (semi) conscious mind at 430am.

Dark blue hues were giving way to light, inch by inch. A lone bird chirped, for it too was an early riser. The sun will reveal itself in the barest of moments.

Sunrise in Shanghai. The endless opportunities to discover if one was courageous enough to swing out of bed.

Even the cab driver was barely awake during the journey. The hum of the engine served as a monotonous soundtrack as the cit swept by, empty and dead.

I hopped off by the newly constructed Bund, which only weeks ago, had thousands of people thronging and jostling on the pedestrian walkway.

A friend had remarked, “I only saw bobbing heads, not a skyline. If there was a time to start hating humanity, this was it.”

I hated crowds. Thus, 5am seemed like the perfect time to start my morning affair with the city.

Standing by the river, I watched the wind whip the clouds playfully as they gathered and rolled. The sun gained strength as it grew higher, its bold rays streaking across the skyline.

It was as if the Bund belonged only to me, … and a few others. The average age was 50 and above. Retired kite-flyers, joggers and the occasional lone photographer peppered the Bund. The enduring landmark was being enjoyed by its residents, as it rightfully should.

It was about 7am when a large group of elderly folk began their morning excerise. The peaceful strains of qigong jarred unharmoniously with a nearby blairing radio entertaining some cha-cha dancers.

Just as the tourists started arriving. it was time to leave. I walked toward the city as it opened up and swallowed me back into the noise and bustle. 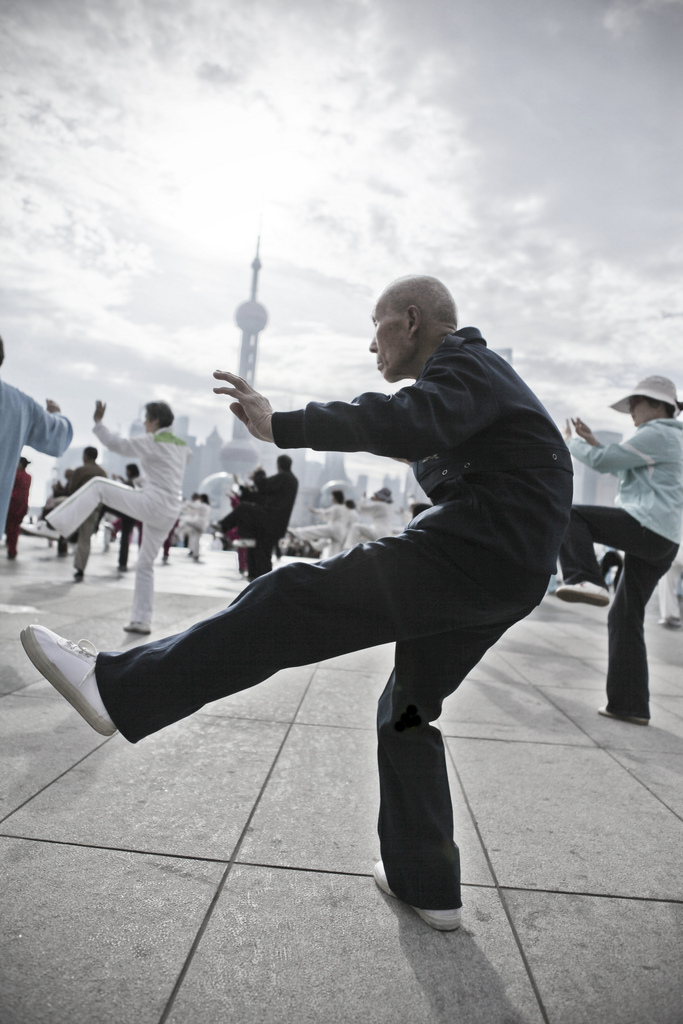 And the Shanghai Expo begins..

I caught the ceremonial launch of the World Expo in Shanghai on television like any good Shanghai resident, away from the maddening crowds. It showed spectacular views of…