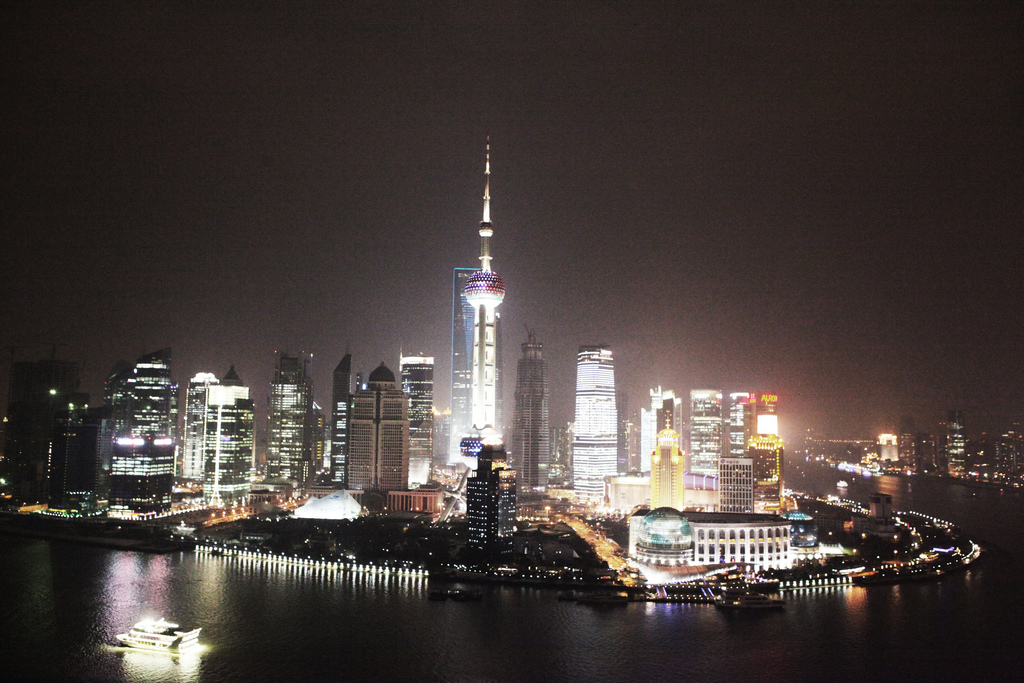 I caught the ceremonial launch of the World Expo in Shanghai on television like any good Shanghai resident, away from the maddening crowds. It showed spectacular views of the Shanghai skyline, especially an aerial sweep of the Lujiazui financial district, which sits on the edge of Pudong, like a futuristic island only opened to special individuals.

That was when it hit me: Hate or or love it, Shanghai had an incredible urban landscape.

Yet when the fireworks were primed to go off, we dashed toward the river front where teaming masses had been milling around for over an hour.

And when the sky lit up with bursts of golden and red clouds of light, everyone ooohed and aahed. Someone remarked that it was not as heart-stopping as the Beijing Olympics ceremony, but what they hey, kids were screaming in joy and adults were staring in awe. I stood in a sea of outstretched arms, filming the entire display with camera phones. We all shared a moment along a part of the river less frequented by tourists and wished every night was this special.